Odle Completes Rising Through The Ranks Program for Women in Broadcasting

Park Hills, Missouri, August 19, 2022 - Local businesswoman, Chelley Odle, completes the elite program Rising Through The Ranks for women in broadcasting. The Radio Advertising Bureau (RAB), in conjunction with Broadcast Music, Inc. (BMI) and Mentoring and Inspiring Women in Radio, Inc. (MIW), announced the successful completion of the 14th annual Rising Through The Ranks program, which began with a virtual session on August 2nd and continued with in-person meetings on August 9-11 at the BMI Nashville office.

Scholarship recipients were selected and awarded by the three organizations. The two-day curriculum focused on the specific needs of women in radio management or those aspiring to move into management positions and worked to enhance their overall knowledge and skills.

“I was so honored to be selected and a part of this excellent group of women”, said Chelley Odle, Owner/Managing Partner, of Odle Media Group. “There were only 26 recipients in the entire program. I learned so much, especially now, being a new business owner. But the biggest takeaway was the relationships and mentoring during the program. I have developed some great friendships that I will value forever.”

It wasn’t all just business, Odle says, “BMI sponsored a dinner at a local downtown restaurant and to my surprise, Lauren Alaina was the performer. She was very kind and sweet and allowed everyone to take pictures and she signed autographs. We also got to tour the BMI offices which was an interesting thing for me. As a singer with two Nashville recorded albums, several of the writers of songs that I have recorded were BMI artists.”

The curriculum was customized to feature practical and real-world applications that graduates could immediately use within their companies and in their personal growth.

“We are not only delighted to bring another Rising Through the Ranks class together, but to have it be in person for the first time in three years,” noted Erica Farber, President, and Chief Executive Officer, RAB. “This group was exposed to strategies and tools they can put to work immediately within their own organizations while helping them become their own board of directors to help one another navigate their professional growth as future industry leaders.”

Sessions from this year’s seminars included:

“The MIWs is an organization dedicated to mentoring women in radio," said Ruth Presslaff Board President of Mentoring and Inspiring Women in Radio, Inc. "There’s nothing better than meeting a group of dynamic dedicated up-and-comers who already are bringing so much to our industry and are hungry to bring even more. RTTR is just an absolute pleasure to support."

2022 Rising Through the Ranks Graduates:

About Odle Media Group
Established in 1947 by Oscar Hersch, KFMO was the first radio station in St. Francois County. KFMO was purchased in 1992 and B104.3 FM in 1993 by M. L. Steinmetz of MKS Broadcasting. In March of 2022, the husband and wife team, Chuck and Chelley Odle of Odle Media Group, LLC purchased both stations. KFMO is a Conservative News/Talk format and B104 is a Classic Hits music format. Odle Media Group, LLC is committed to providing the best in musical entertainment, local news, sports, and weather to the Parkland. You can learn more by visiting www.b104fm.com and www.kfmo.com. 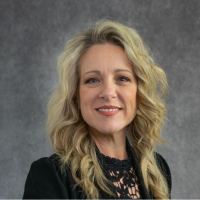