She holds both an Associate of Arts and Associate of Science from Mineral Area College and a Bachelor of Science in Business Administration from Central Methodist University.

Bayless began her career at MAC as a work-study student in the bookstore before becoming an administrative assistant to Vocational Dean Lindhardt and later to the MAC Missouri Police Corps. After managing inventory for all of the MAC’s campuses for a year, she joined the Housing Department as Assistant Director. For the last ten years, she has served as the Director of Housing, a role she found to be very rewarding.

"I enjoyed watching and guiding naive teenagers transition into competent, responsible adults learning to navigate through life's daily struggles as they pursued their goals and moved forward to the bright futures ahead of them," Bayless said.

Training Residential Assistants (RAs) was the most fulfilling part of her time at MAC and allowed her to forge strong relationships, many that have lasted long past graduation. She loves to keep in contact with former students and get updates on their lives.

"I was able to travel to Italy 3 years ago to visit one of my past RAs whose husband was stationed there with the Navy," she said. "It was a trip I probably would never have been able to take without having a 'friend' to visit.  It was a wonderful experience and I was so proud to see her achievements and the life she was now living."

Bayless lives in Farmington and has three grown children, Jesi, Jake, Josh, and daughter-in-law, Heather. She also has two grandchildren, Shelby and Travis. She is looking forward to traveling during retirement and ultimately hopes to spend as much time as possible as a beach bum in Belize. 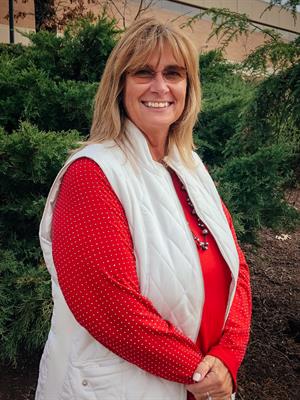