(ST. LOUIS – July 28, 2020) – Barnes-Jewish Hospital and its physician partners at Washington University School of Medicine have been named one of America’s “Best Hospitals” by U.S. News & World Report. Barnes-Jewish ranked No. 18 in the nation, which earns a position on the publication’s elite honor roll of the country’s top 20 hospitals. The report also ranked Barnes-Jewish as No. 1 in Missouri and No. 1 in the metro St. Louis area.

Three other BJC HealthCare hospitals were recognized by U.S. News & World Report. Missouri Baptist Medical Center is ranked No. 3 in Missouri and No. 2 in metro St. Louis. Boone Hospital Center in Columbia, Mo., is ranked No. 4 in the state. In the pediatric rankings announced in June, BJC’s St. Louis Children’s Hospital was among the Best Children’s Hospitals in the country in all 10 ranked pediatric specialties – scoring in the top 7% of pediatric hospitals nationwide.

In addition to the 2020 Honor Roll, Barnes-Jewish ranked nationally in 11 specialties: cancer; cardiology & heart surgery; diabetes & endocrinology; ear, nose & throat; gastroenterology & gastrointestinal surgery; geriatrics; gynecology; nephrology; neurology & neurosurgery; pulmonology & lung surgery; and urology. Of the more than 4,500 hospitals evaluated, only 134 were ranked nationally in at least one specialty. Barnes-Jewish is the only hospital in the St. Louis area to achieve a national ranking for any specialty.

“We are national leaders because of the skill and passion shown by all our team members, bedside and behind the scenes,” says Bob Cannon, president of Barnes-Jewish Hospital and group president of BJC HealthCare. “The ranking is a credit to the collaboration between Barnes-Jewish and Washington University School of Medicine, and our shared commitment to providing the highest quality care to the patients and community we serve.”

“We take pride in seeing BJC hospitals earn distinction each year as leading hospitals in the country, the state, and our local communities,” said Rich Liekweg, BJC president and CEO. “This high recognition is a testament to the hard work and dedication of our doctors, our nurses, and all our staff in taking exceptional care of patients.”

The rankings are published on U.S. News & World Report’s website, usnews.com/besthospitals, and will appear in the “Best Hospitals 2021” guidebook, available in stores October 6. 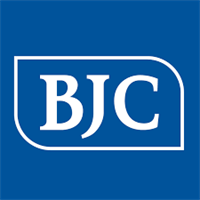